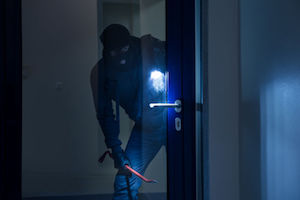 Oklahoma categorizes many crimes by degree. The lower the number, the more serious the charge. Thus, first degree burglary in Muskogee is the most serious type of burglary you can be charged with. Understanding what first degree burglary means legally and how it is handled in Muskogee can be helpful if you or a loved one are facing charges for the crime. Here is what you need to know.

Elements Of The Crime

The crime can be broken down into elements. Defenses often arise from facts that disprove one or more elements of the crime. Here are the elements for first degree burglary:

Breaking And Entering: A Lesser Included Offense And A Possible Plea Deal

Because the entry must be illegal, permission to enter is a defense. Here is how this defense may play out.

If a person has general permission to enter, but forgot their keys, they may unfasten a window and climb in. It may look like a breaking and entering, but the permission makes the entry legal.

Lack of intent to commit a crime inside is another common defense, although this will usually result in a charge of breaking and entering. Both the prosecution and your defense attorney will use evidence to try to prove your intent.

Let’s say you are caught at the scene with matches and an accelerant. The prosecution will use that evidence to try to show that you had the intent to commit an arson inside. Your Muskogee criminal defense attorney may counter that with evidence that you were on the way to a barbecue at a friend’s house, forgot your keys and phone, and needed to get them.

These cases are heavily fact-bound. Even the most trivial of facts may be important to building a strong defense. Talk to a Muskogee attorney today to learn more.

It is also subject to the 85% rule in Oklahoma. That means, that if convicted, you will have to serve 85% of your sentence before becoming eligible for parole. Okla. Stat. tit. 21 § 13.1

Only experienced criminal lawyers in Muskogee can work to build a strong defense for you. What may look like insignificant issues to an inexperienced attorney may, in the end, determine your case.

Details matter when piecing together the evidence for your defense. Our Muskogee attorneys will stand up for you against bogus criminal charges or negotiate a better outcome if you did indeed commit a crime.

Our attorneys know how to present in court the details that can significantly affect the result of a criminal case.

Call a Muskogee felony attorney today at 918-884-7774 to ask questions or schedule a free, confidential consultation.